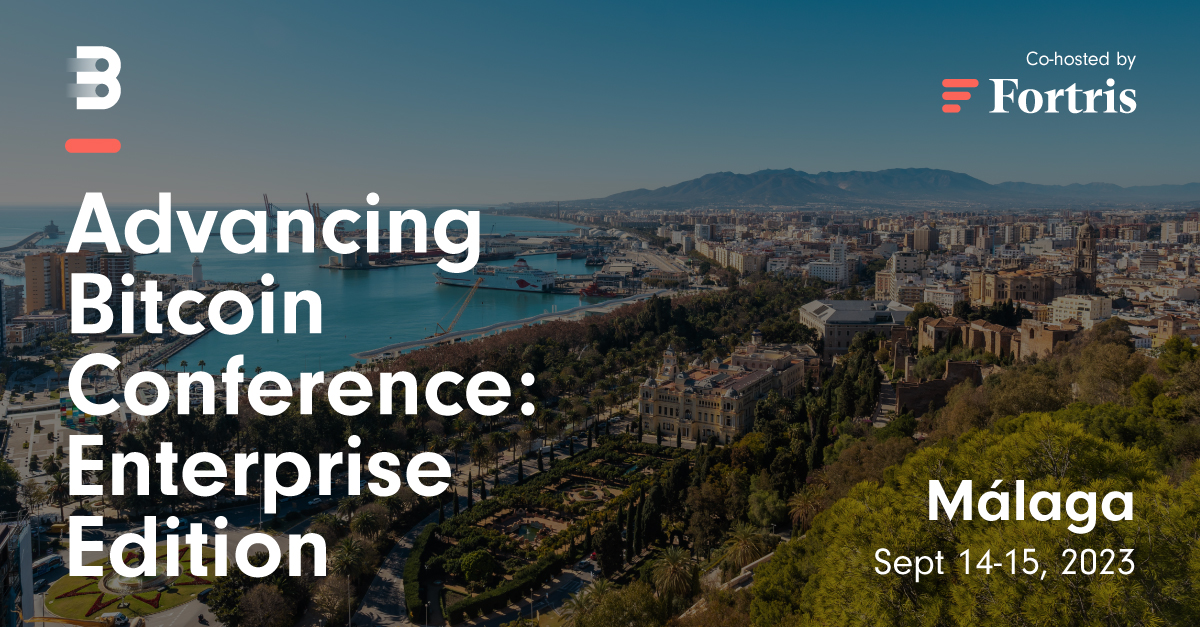 Málaga, 10 January 2023 – A new event in the Málaga tech calendar will focus on the use of Bitcoin at enterprise level.

Advancing Bitcoin Conference: Enterprise Edition will take place over two days in September 2023 with the capacity for 300 attendees.

Companies that attend the conference can take part in talks and practical workshops to learn how they can take advantage of the benefits of Bitcoin in their business operations.

Fortris CEO, Shane Lourensse, says: "We are delighted to partner with one of the world’s leading technical Bitcoin conferences to bring this event to Málaga.

"There are compelling use cases for Bitcoin in an enterprise environment. This event will focus on real-world scenarios and foster growth and innovation in the space."

Advancing Bitcoin founder, Leon Johnson, says: "Málaga’s thriving tech scene, excellent transport connections and appeal as a tourist destination make it an ideal location for this event. We're thrilled to show businesses thinking about integrating Bitcoin into their strategy and systems how they can utilise best practice and cutting-edge solutions to improve their business outcomes.

"We look forward to working with Fortris as co-hosts and welcoming attendees from around the world".

Tickets will be available via www.advancingbitcoin.com/enterprise/2023/ in early 2023.

Based in Málaga, Fortris is a world leader in digital asset treasury operations for institutions and enterprise business.

As CEO Shane Lourensse explains, Fortris gives enterprise-level companies the tools to hold digital assets and use them in business operations such as cross-border payments and payroll.

"Businesses don't want to invest in becoming digital asset experts. Fortris gives companies the tools to integrate digital assets into their existing financial systems in a seamless and scalable way,” he says.

Fortris is a member of AEFI (the Spanish Association of FinTech and InsurTech).